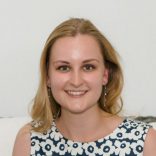 Who hasn’t dreamt of being an artist one day? There’s no denying that making it in the arts is no easy feat, but freelance graphic designer Cynthia Tran Vo dipped her toe into the industry when she was only in her second year of art school, studying illustration and design in Capilano University’s esteemed IDEA program. In the few short years since, she’s taken her brand to the next level.

From creating a stunning mural in New Westminster, British Columbia of her own volition after gaining experience through Vancouver Mural Fest to illustrating for the likes of SAD and Vancouver magazine, this gal has landed firmly on two feet in the immersive world of art and design. 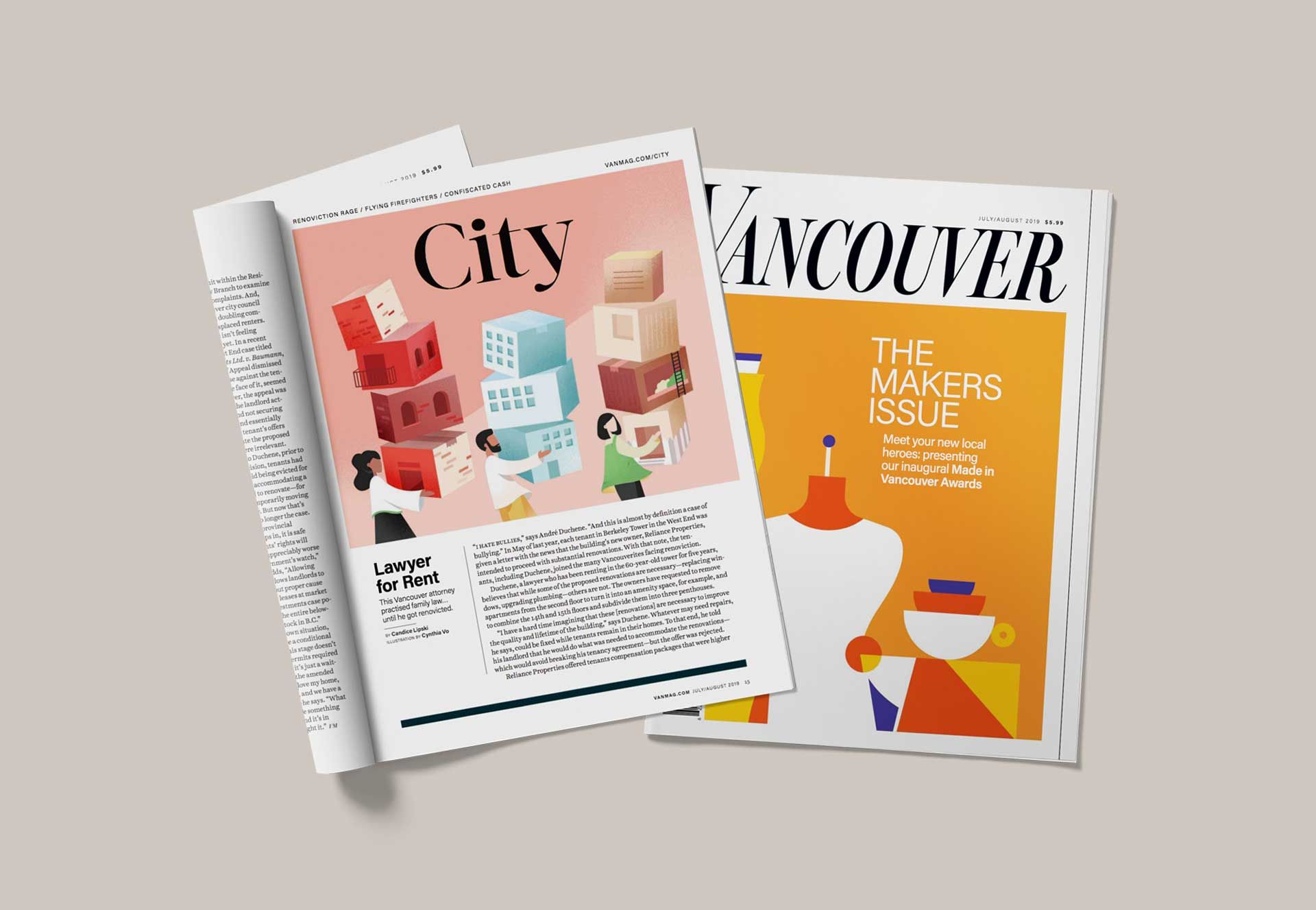 When did you get started as a freelance designer?

It was during school – I’d say after my second year – when I started to look into freelance work.

Why did you decide you wanted to start freelancing and how would you describe the first six months of establishing yourself?

It kind of just happened. It wasn’t so much that I had planned it, I was too busy with all of these little plans and I didn’t really want to go into a whole internship. I knew the whole process of getting proper studio experience was too much work.

Procrastination kind of led me to the route of freelance and I think I got pretty lucky in the beginning because I had a lot of small opportunities come my way through people that I’ve met within the design industry or through teachers who I knew from school that needed some work outside of the class.

The first six months were pretty chill. It was a lot of little things just piecing themselves together. In IDEA, they really push you to have a strong portfolio when you go to interview at a studio. I’d say around February is when students are trying to get themselves together for internships and interviews and at that point I wasn’t too comfortable with my portfolio.

Did you always want to be an entrepreneur?

I wasn’t looking to be a freelancer because I knew that with the clients I was aiming for it would be a lot easier if I took a studio job. I think I wanted to work in the studio and I still think I’m going to go into the studio lifestyle one day but that’s further away.

What were you doing before you started freelancing?

My first and only regular job was at the movie theatre, which I was still working at in my first year of university, and I quit that job because I knew that my freelance work was picking up. 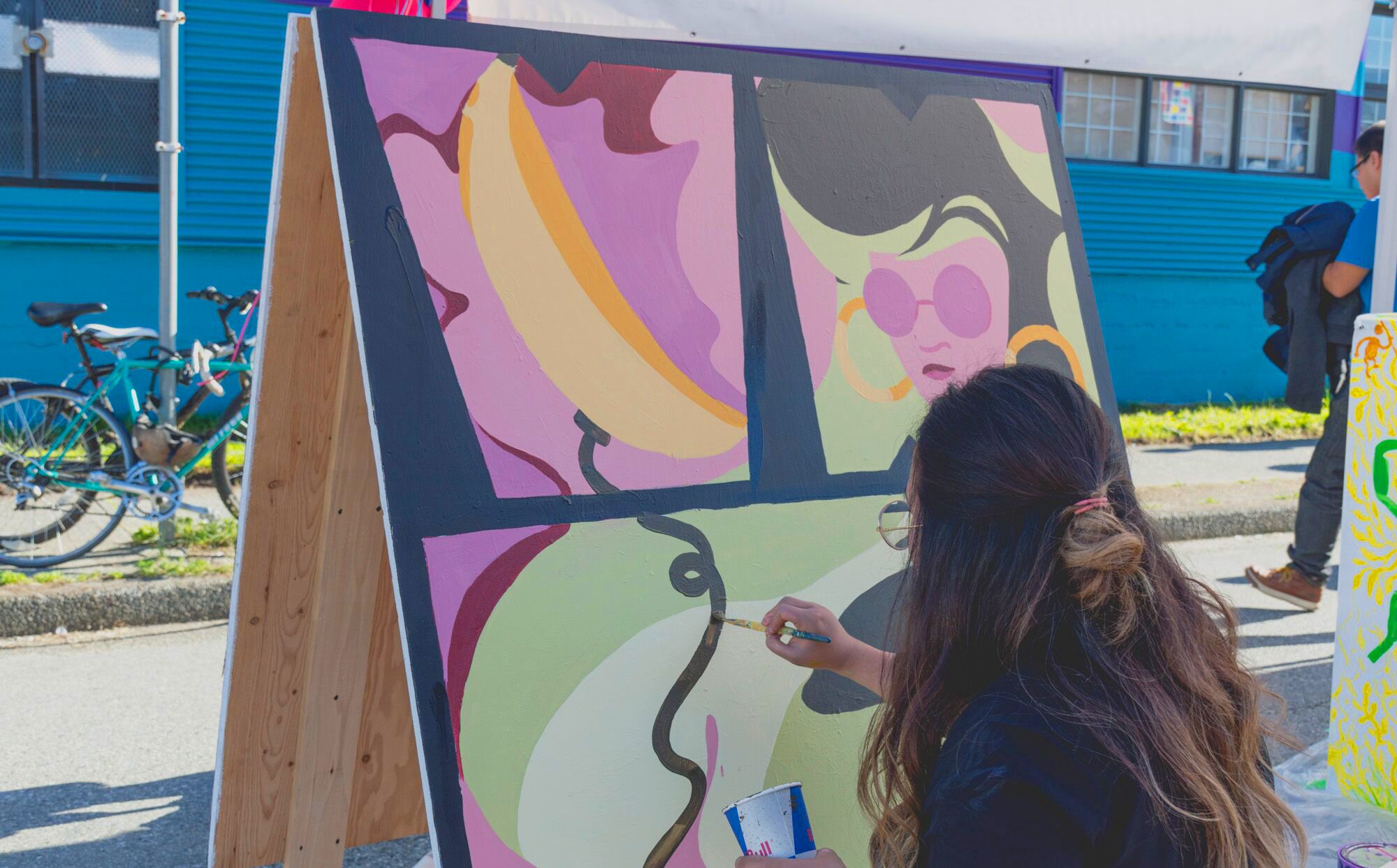 Have you got enough freelance work to keep yourself going or are you doing anything on the side?

Usually in the winter I cut down a little bit. I definitely have enough freelance gigs to keep me going and I don’t really think that I’ve had the problem of struggling to find freelance work, and I know that’s a huge thing when people get into it but so far I’ve been pretty lucky. With Vancouver as well we’re so well-connected that if you really do need to find gigs you can just reach out.

What were the first few steps you took to establish yourself?

The first thing I had to do was honestly get myself together as a person and put together my portfolio. In school we were expected to have a website and an online presence by the time we graduated but I knew that when I was freelancing in second year. I had to get my website up so I could prove I wasn’t just a student floating by.

What goes into establishing yourself as a designer that others may not realize?

I think it’s the risk of shooting an email. A lot of people are terrified of asking and reaching out to people for design. Whereas when I come into it, I’m the person that if I go into a cafe and I see a wall that’s blank I’m thinking wow a mural could look cute here. Sometimes while I’m still in that cafe I’ll pull out my laptop and shoot an email to the manager.

It’s worth a shot shooting an email because usually if I get a response back then great, if not then I honestly just forget about it. There’s no harm, no foul. But I think a lot of people, or at least a lot of people that I know who try freelancing, they’re too afraid to put themselves out there. 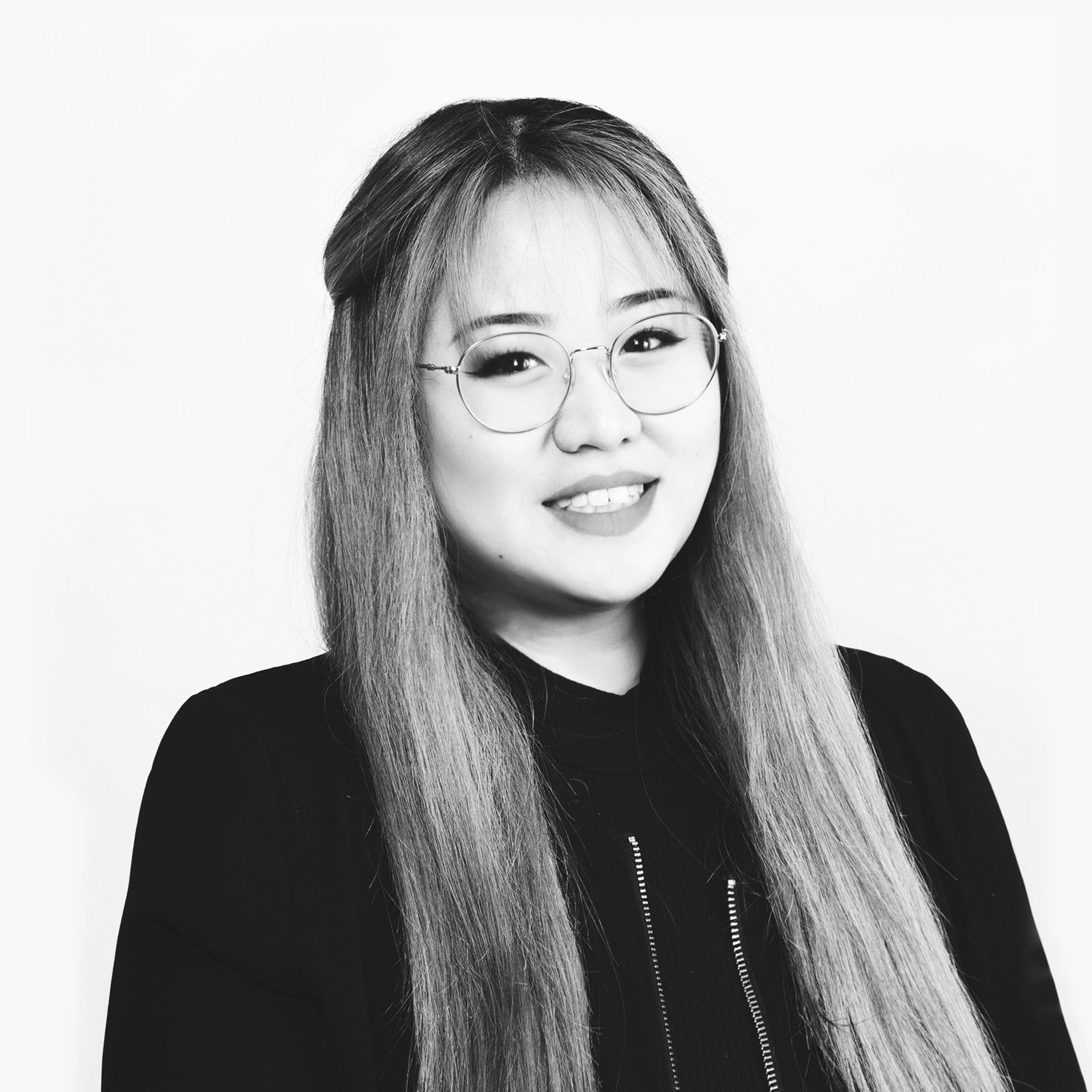 Some entrepreneurs and freelancers create a detailed business plan while others wing it, what was your process?

I completely winged it. I’ve always been a little bit all over the place. I’m pretty sure I had to make business plans part of class but whenever I did I never referenced them. I usually like to just go with the flow and whatever comes my way comes.

What were some of the early challenges you faced working for yourself and how did you overcome them?

I feel like throughout the design process you’re really focussed on learning conceptual things but there are a lot of things in a studio that you get that you don’t get when you’re freelancing. There’s a whole team that knows how to do the printing, they know the regulations and stuff like that and they have easy access to all of the printers in Vancouver. So it was quite challenging in the beginning to take on projects that I knew I didn’t really have the capacity to. You’re just one person trying to figure that all out by yourself so it’s hard. We think that we know it all, but we don’t really. 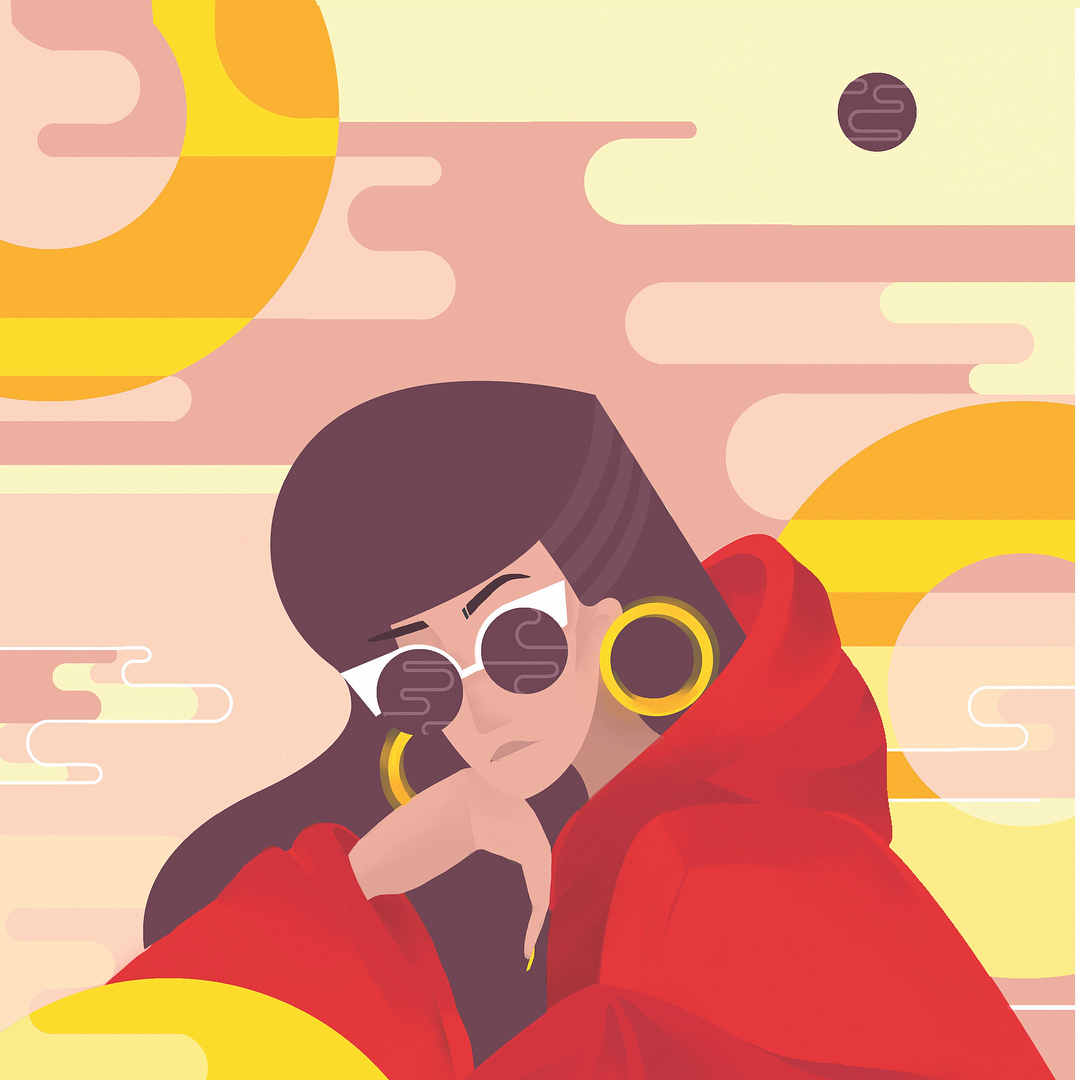 Now that you’ve finished school, are you currently doing anything alongside your freelance work?

On top of my freelance work I’ve been taking on some part-time studio jobs just so I can squeeze in some time to experience what it’s like to be in the studio. Usually I try to cut down on the hours over there so I can still make freelancing a priority. I’ve been at CellBoard, which is a cell phone mobile app. They’re a start-up and they’re very small but I was working with them doing a lot of mobile ads. Then I was working at Visual Capitalist, which is a visual graphics studio.

I try to work at those places for three months, I push for a three month contract just in case I do need an escape route. But the infographic job was one of the most formal that I’ve had, I was working with the editorial team transferring their articles and doing infographics for the website. And then I was at IF Communications, and they’re a branding and advertising company.

At what point after you got into the freelance routine did you realize you were doing well enough to make it on your own?

I was at a pace that I had a lot of projects coming in and I had to actually quit some of my studio jobs. I knew that the freelance projects – I was more excited about those than the studio jobs so I had to find the right balance and when it got to the point that freelance was overwhelming I slowly kicked the studio job away. 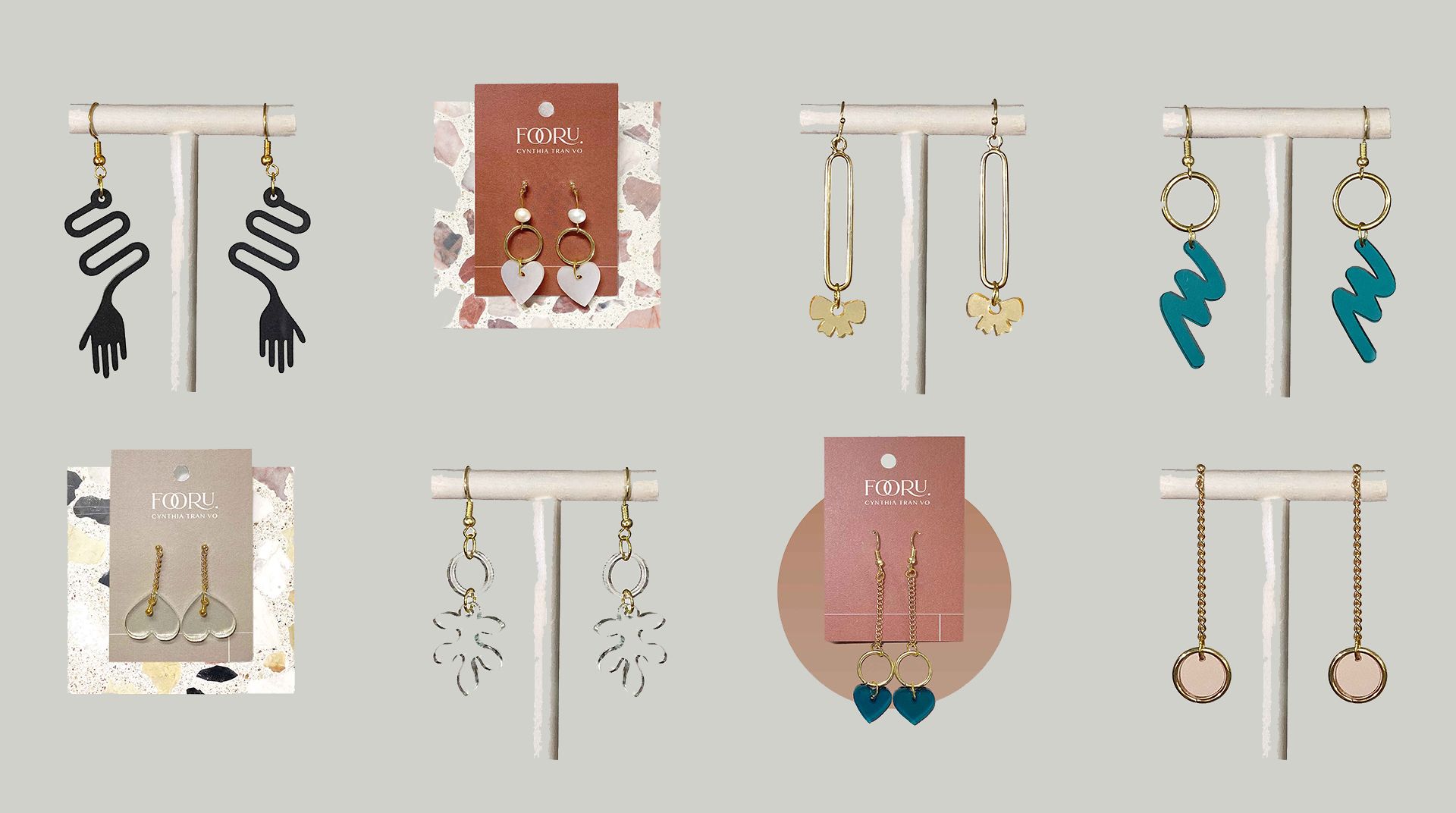 Has there been anything that has surprised you about working for yourself?

I think it’s the kind of clients that I get. Like this morning I got an email from the Port of Vancouver and they got my contact through the City of Vancouver, and I didn’t know the City of Vancouver had my contact. Everytime I get an email from a client that’s awfully big I’m like “how did you hear about me?” The thing every time that’s a little shocking to see is how far your name can spread. When you’re working freelance you’re at home a lot of the time in your own little bubble and you forget that there’s a huge community out there.

Do you have any advice to give to aspiring freelancers who are dealing with frustration and self-doubt in the early stages of establishing themselves?

Don’t be afraid to shoot emails to a project that may seem like it may not happen. And don’t limit yourself to a certain type of design right away because I think with design there are so many routes you can take. I never thought I’d go into murals, it’s all about being open to what you’re given.

Of all the projects you’ve done, what was the most exciting thing you’ve worked on?

The mural for the City of New Westminster. It was my first mural by myself that was outdoors. That was one of the projects where I realized there was a lot of contract work I had to do by myself and studio people aren’t going to help me with it. It was my first twelve-page contract and reading it over was an eye-opener – the scale of it, the scale of the client plus it being a mural gig, which I never thought I’d get into.

I always thought that the Vancouver Mural Fest gig was a one thing deal, I didn’t expect myself to go deep into murals so to have the City reach out was great. It was a new area where I was exploring as well.

Corporate or Creative? How to Balance a Full-Time Job and a Side Hustle