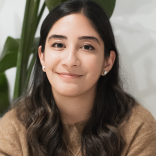 Founder, Pursuit. Cat lady (but will absolutely cry if I…

Look folks, I’m STILL not over how historic it is that Kamala Harris is the first-ever woman Vice President-elect of the United States, AND the first South Asian and Black woman to carry this powerful title. In honour of this historical moment, we’re starting a regular series highlighting Desi women who truly inspire us, from entrepreneurs and thought leaders to politicians, influencers and creators. Here’s part 1!

Born in Oakland, California, Kamala Devi Harris is a politician who served as California’s Attorney General and later as a United States senator since 2017. On Saturday, November 7th 2020, Harris was projected as Vice President-elect of the U.S., the first woman (and woman of colour!) to hold that title.

Payal Kadakia Pujii is the founder of 600 million-dollar app ClassPass, which offers users access to a variety of fitness classes from different gyms with the click of a button. The daughter of Indian immigrants, Pujii started the company in 2011 out of her childhood love for dance.

Before founding ClassPass, she was a consultant at Bain & Company and also worked at Warner Music Group.

“I went out to San Francisco for a friend’s birthday in 2010, and all her friends were building apps. I remember being like, “You do this full time?” They were like, “Yeah.” I realized, What if I thought of an idea? I felt like I could build something. So I said to myself, I’m going to take two weeks to see if I can think of an idea. If I can think of an idea I really care about, maybe this is worth it.” – Payak Kadakia Pujii, New York Times

Diipa is a hugely successful influencer and founder of Post for Change, an organization that harnesses the power of online engagement to tackle important global issues like women’s rights, mental health and climate change.

After completing her Bachelor’s, she took an internship with one of the first influencer agencies in Europe before pursuing her Master’s degree. She soon realized there weren’t any other influencers that looked like her. Channelling her love of fashion and beauty, she decided to it a try herself. The rest is history.

“If anyone had been able to tell a pimpled little girl that she would be the first Indian influencer to walk the Cannes Film Festival or have her picture on a billboard in Piccadilly Circus as the face of Maybelline…If anyone had told that teenager afraid of speaking in public or in English, that one day she would address the British House of Commons on International Women’s Day, she would never have believed a word of it!” – Diipa, Hindustan Times

Deepica is the founder of Live Tinted, a multicultural beauty community and makeup line. It all began when Mutyala went viral with a red lipstick hack video, sharing how to use red lipstick to tackle dark undereye circles. This video ignited Deepica’s career in beauty and showed that we all have more in common than we realize.

Seema Bansal Chadha is the founder of Venus ET Fleur, a floral company that sells luxury gifts and arrangements. Her goal? To elevate the floral industry.

What began in her apartment has since grown into a popular brand with 40 employees working across the Unites States, from L.A. to New York.

Shiza Shahid is a social entrepreneur, women’s advocate, investor, and speaker. She is also the co-founder and former CEO of the non-profit Malala Fund, which promotes education for girls. Today, Shahid supports mission-driven start-ups through her VC fund and platform, Now Ventures.

“We define who we are as a global community. We define what we choose to accept and what we choose to solve. This arbitrary way we have of defining our circles of concern – where they end at a border or end on the perimeter of a city–those aren’t real.” – Shiza Shahid, unicef.org

Serene Singh is a Rhodes Scholar at the University of Oxford completing her postgraduate studies in Public Policy. Singh is passionate about challenging stereotypes, fighting injustice and promoting diversity. In addition to her storied educational accolades, Singh is also a former America’s Junior Miss and Miss Colorado Teen. Her modeling experience inspired her to create non-profit The Serenity Project, offering self-love and confidence-boosting tools to at-risk women.

Singh has also worked as a Dalai Lama Fellow, Global Changemaker, Clinton Global Initiative Scholar. Oh, did we mention she also worked alongside THE Michelle Obama for the Girls Opportunity Alliance? 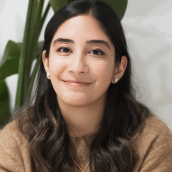 Founder, Pursuit. Cat lady (but will absolutely cry if I see a corgi).

10 Energy-Boosting Snacks to Enjoy During Lockdown