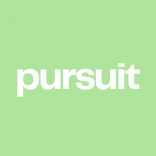 Emily Feng is a filmmaker and photographer based in New York City. With a major in Film and TV Production from New York University, Emily’s films explore everyday stories of people from diverse cultures, with the goal of connecting one another through storytelling.

Emily chatted with us about her creative journey, the stories that inspire her, and her advice for women of colour looking to pursue their own creative careers. 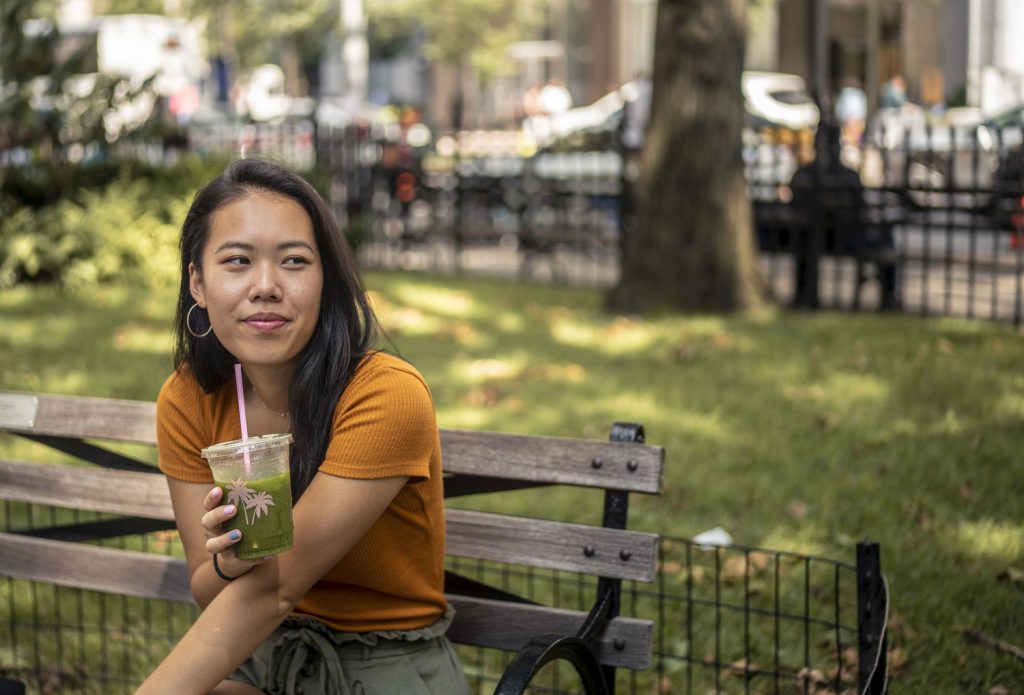 Tell us about yourself! How did you get into film?

My first experience with film was an elective class I took in high school! I kept taking film classes and realized that I loved the process of sitting and editing films for hours. It was so cool to see an idea in my mind come to life in a film!

In 2016, I moved to New York from Vancouver, Canada to pursue film school at NYU. I had actually applied to NYU and a bunch of Canadian schools for the sciences, which was a compromise I made with my parents.

Can you share more about what inspires you? What stories are you drawn to and why?

When I first got to NYU, we had to write these story scripts and that’s when I realized I needed to do some self-reflection about who I am and what inspires me. So after working on a few short scripts, I discovered that I loved slice-of-life, coming-of-age stories that felt really relatable.

I wanted to tell stories that related to my Asian experience. Not necessarily about the immigrant experience per se, because there are a lot of stories about that already, but more the everyday stories of people like me, an Asian woman of colour living in North America. But even if you aren’t a WOC, I want my films and stories to be relatable to everyone!

Also, I feel like there is so much hatred and misunderstanding in the world right now. I see film as a way we can be more open, empathetic and understanding of one another.

We are all human, we all feel happy or sad, and if people are exposed to different cultures and experiences, I think it could change perspectives and help bring us together.

Can you share a bit about your experience trying to find work in the film industry as a young woman of colour?

I graduated in 2019 and finding work was definitely a learning experience. I did notice that myself and other WOC have a tendency to not apply for jobs we think we aren’t qualified for, and there’s definitely a degree of imposter syndrome we try to work through as we advance in our careers.

A lot of my gigs come from my network, so my advice would be to keep in touch with your peers, your professors etc. because they’ll refer you! Connecting with other women of colour has been really helpful as well when it comes to finding work. 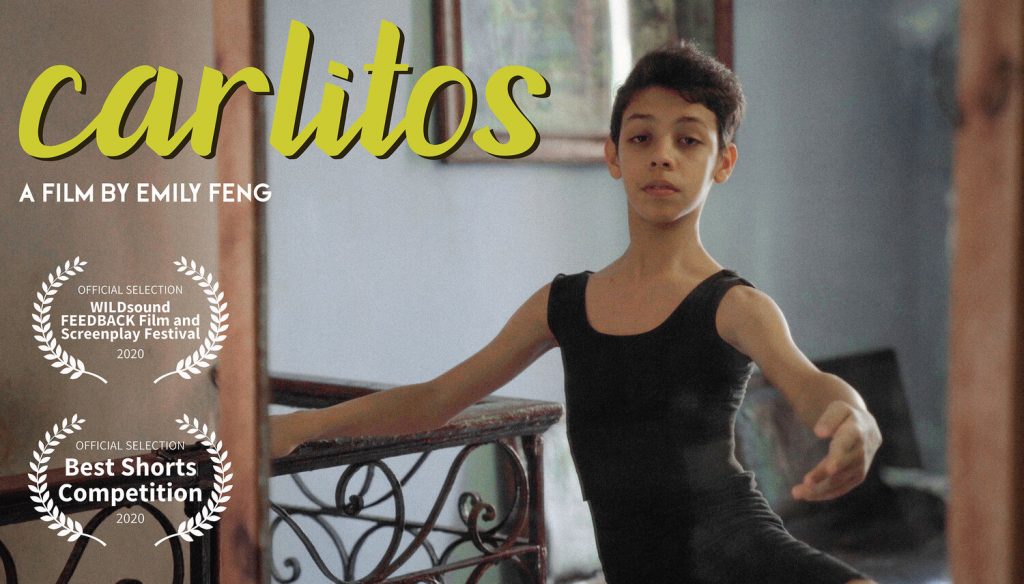 What advice do you have for aspiring women filmmakers looking to break into the industry, particularly if they are women of colour?

Be brave and really put yourself out there. Don’t underestimate your abilities! This is advice I give to myself, too. I think it’s important to advocate for yourself because you never know who you’ll meet and what opportunities are out there. The worst that can happen is someone says no.

What are your thoughts on the current state of inclusivity in film?

I feel there has been some improvement over the last few years. For my films, I make a conscious decision to hire crew and casts who are people of colour so I can spotlight their voices.

You currently have two documentaries shot in Havana, Cuba that were selected for film festivals. Tell us more!

My first film, Carlitos, is a portrait of a young Cuban ballet dancer who struggles to balance the rigour of practising ballet, school work and playtime. In a culture of machismo, he is lucky to have the support of his close-knit family.

The second, Tao Qi, is a story of a Chinese woman who arrived in Cuba for business and ended up marrying into a Chinese-Cuban family and opened up a successful Chinese restaurant.

I went to Cuba on a study abroad program and my first idea was to approach the concept of “machismo” and ballet. I thought it would be interesting to feature a young ballet dancer as a subject, So I found Carlitos from one of my program coordinators.

We followed his family around to document his life and classes and I had a translator in the program who went with me everywhere. I’d never done an interview with a translator before so that was an interesting experience!

For Tao Qi, I followed her around and documented her work life. Since I speak colloquial Chinese, filming worked out OK.

It took a couple of weeks to get familiar with Havana and find a subject. Filming on-site took two or three days for B-roll interviews. For documentaries, the bulk of the work comes from crafting the story arc in post-production. 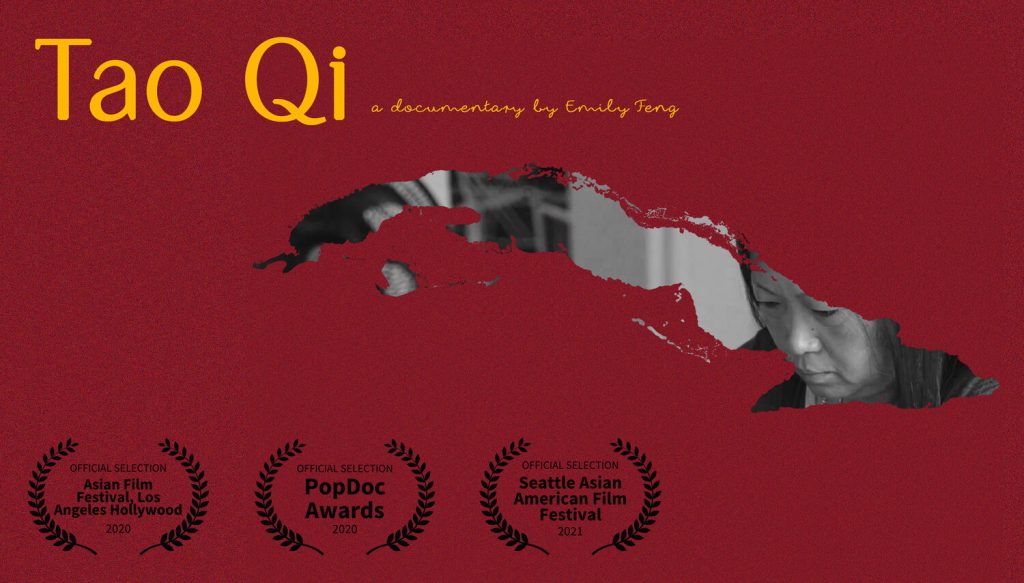 What made you feel connected to these two stories in particular?

I wanted to tell a story about “machismo” because I grew up in a house where girls and boys were treated differently, especially from my grandparents who were more traditional.

It was little things, like if a male member of the household did the dishes, for example, they got way more praise for it than if a female member did it.

At the same time, you also see this pressure on boys to be “masculine”, not to cry, and to have certain careers. So that’s why I wanted to tell the story of a young male ballet dancer growing up in a society that values machismo!

In Tao Qi’s case, I thought it would be a really unique and interesting to document the life of a Chinese immigrant moving to Cuba, learning a new language and assimilating to an entirely new culture.

Tao Qi mentioned that her kids didn’t speak Chinese and had assimilated a lot to Cuban culture, and I related to the experience of traditional values clashing. She also told me that while she really missed China, she couldn’t see herself going back because she’s gotten so used to living in Cuba, which was something else I felt connected to.

What makes a story powerful, and why do we find storytelling so healing?

I think truth and passion are two things that make storytelling really powerful. I had a professor ask me to think of a scene from my childhood and describe it to him, and he said what makes that story powerful is that only you can tell it as vividly as you see it in your mind.

Storytelling requires empathy, understanding and research. Especially for documentaries, if you’re telling someone else’s story, you need to do so much research and be so understanding and empathetic in order to do their stories justice.

I want to encourage people to create more. It’s easy to make excuses for why you “can’t” create, but it is SO important to use your creativity. You don’t need any fancy gear! When I was in quarantine, I did so many fun photoshoots with just the fake flowers I had in my house!

Make a spec commercial, shoot some B-roll to make a virtual video or write some poetry. Also, take time for yourself and don’t compare yourself to others.

Check out Emily and her work at emily-feng.com 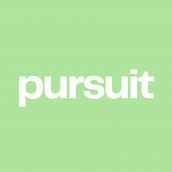